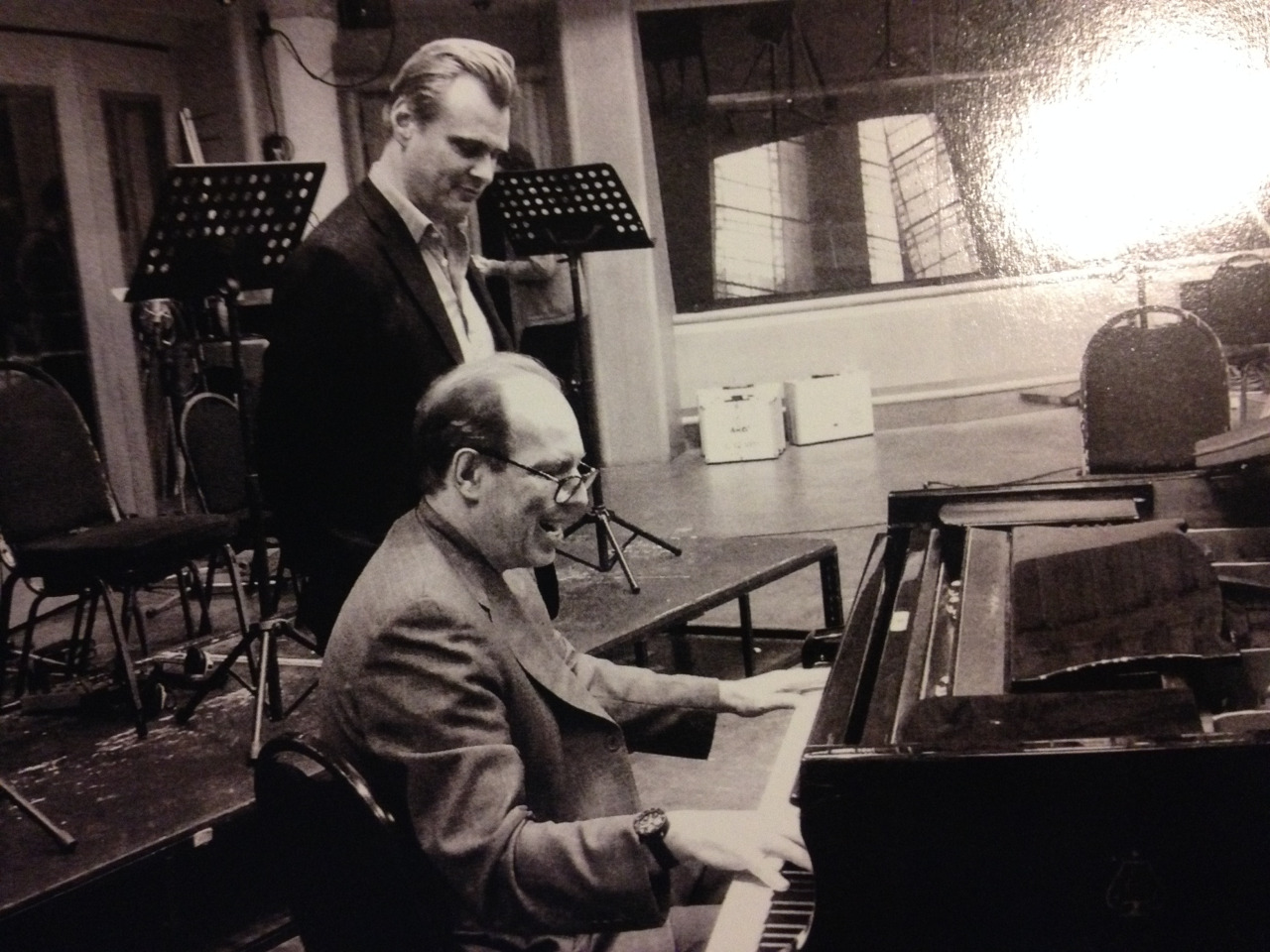 Good reading for fellow directors and composers. This quote by Christopher Nolan sheds light on his process working with Hans Zimmer.

Each successive film I’ve done with Hans, I’ve tried to involve him at an earlier and earlier stage. Adding music to a film doesn’t work for me – it’s the reason I can’t temp a movie (edit using some other movie’s music to be replaced later). To me the music has to be a fundamental ingredient, not a condiment to be sprinkled on the finished meal. To this end, I called Hans before I’d even started work on INTERSTELLAR and proposed a radical new approach to our collaboration. I asked him to give me one day of his time. I’d give him an envelope with one page – a page explaining the fable at the heart of my next project. The page would contain no information as to genre or specifics of plot, merely lay out the heart of the movie-to-be. Hans would open the envelope, read it, start writing and at the end of the day he’d play me whatever he’d accomplished. That would be the basis of our score.
Hans agreed. I think he shared my frustration with trying to wrangle the mechanics of a massive film right at the tail end of a years-long process of construction – the sheer difficulty of trying to see past what you’ve all built and get back to the beating heart of the story, as a great score must. He understood that what I wanted to do was turn his usual process inside out, giving his musical and emotional instincts free reign, so that the seed from which the score would eventually grow would be fused with the narrative at its earliest stage.

Of course this process alone does not automatically lead to the awesome score Zimmer created for Interstellar (do I even need to insist that you go see it?). Yet, this before-the-fact collaboration has worked miracles at Apollo Studios in both film and commercials, be it the music score or licensing. Making the music an actual character is probably the only way to achieve the transcendant power of the scores we love. We often forget about the pitfalls of working with temp music (#demolove) and we lack the courage to go all-in with a good composer. Today I’m glad to be reminded to go all-in with a clear music vision from the get go. I’ll read this again at the outset of every job.

12 Key Terms To Look For In Your Music License