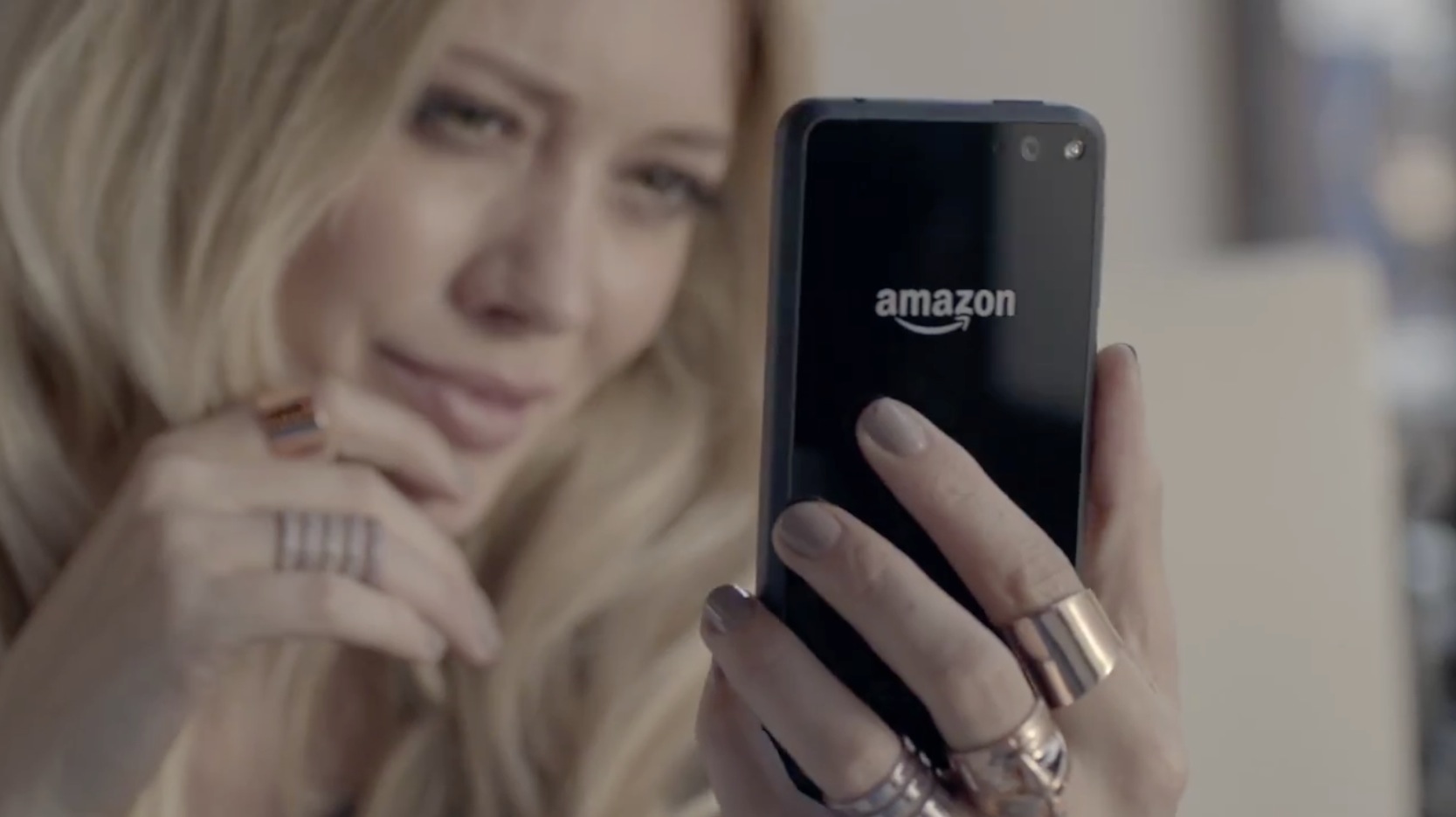 Music videos have always existed right square in the intersection between art and commerce. Originally mere promotional devices intended to boost an artist or band’s visibility, music videos have developed into their own art form with its own set of visual language and rules. Since MTV’s music video heyday of the 1980s and ‘90s, the form evolved from artists simply lip-synching their song into more creatively ambitious fare like the Beastie Boys’ “Sabotage”, Dinosaur Jr.s “Feel the Pain”, or any Michael Jackson video.

Of course, the music industry has changed dramatically since the 1980s and 1990s. Artists and record companies no longer look at the album as their primary source of revenue but, at the same time, the expected quality for a music video is much higher than before. So if record companies are less willing to splurge for videos with blockbuster-quality production value, then who will?

Enter product placement. At one point, the idea of an artist hawking a product was seen as “selling out” but in the modern integrated economy, musicians are more comfortable cozying up with brands that align with their images. 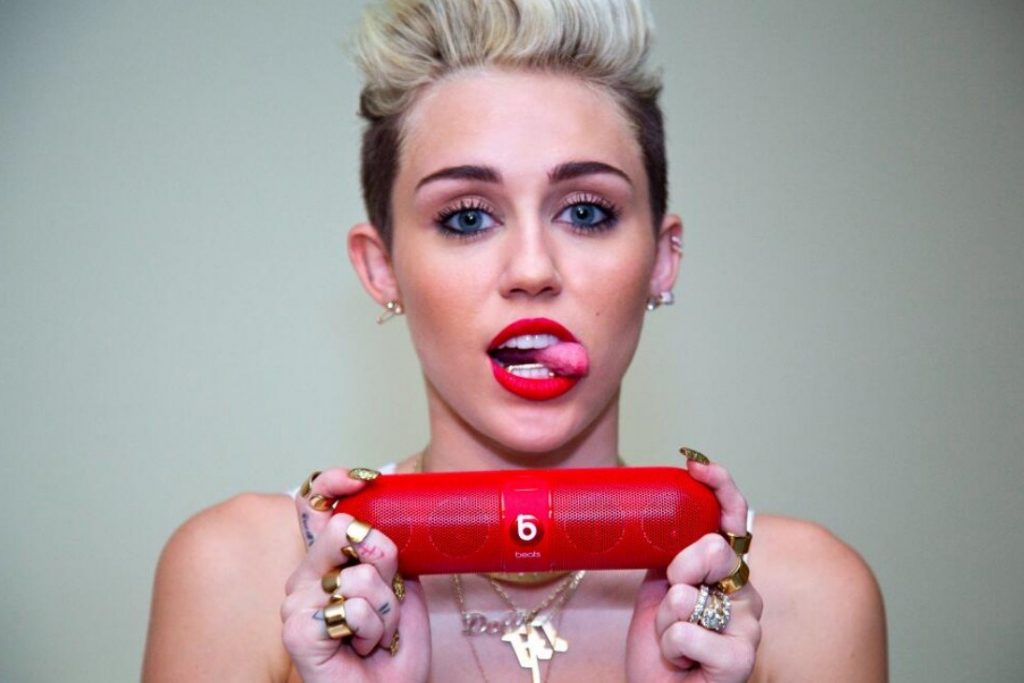 Consider Beats headphones. Dr. Dre and Jimmy Iovine were very shrewd in their plan to turn their product into a multibillion-dollar company and a major part of their strategy was to make them “cool.” To do that, you need your product seen with established cool people. So Beats headphones became ubiquitous in pop music videos, appearing in over 40 of them since 2009, including “Work Bitch” by Britney Spears, “Blurred Lines” by Robin Thicke, “We Can’t Stop” by Miley Cyrus, “Turn My Swag On” by Soulja Boy and lots of others. Certainly this strategy paid off for Beats — they were seen as cool, became a household name, and were purchased by Apple to become the official headphones for the next iPhone.

In fact, Nielsen reports that product placement within music videos can contribute to a lift of 8% points in purchase intent and improved perception — higher than full-scale marketing campaigns, not to mention far cheaper and faster. So from a money-making perspective, product placement in videos makes perfect sense for both the brand and the artist.

So why is product placement so frequently viewed as a negative? Well, because it’s usually handled in a way that’s gross, underhanded, and exploitative. 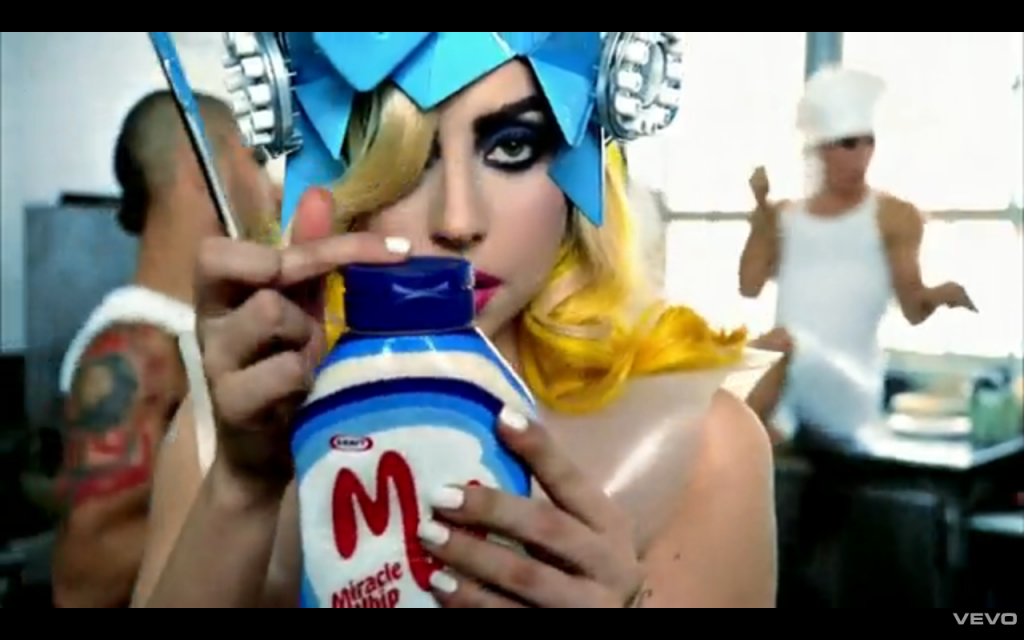 Lady Gaga’s “Telephone” video was criticized heavily for being swamped with product placement: Chevrolet, Coca Cola, Virgin Mobile, Polaroid, and others made appearances to the point of being a constant distraction from the song. Previously she had incorporated brands into “Bad Romance” but that was less offensive, as she found ways to integrate the Nintendo Wii and Nemiroff vodka into the video’s narrative more seamlessly. Britney Spears made half-a-million dollars to awkwardly place products like dating site Plenty of Fish and Make Up Forever into “Hold It Against Me.”  Maybe the very worst was Avril Lavigne opening her “Rock N Roll” video by saying “oh, my Sony phone is ringing” — a sentence even the Sony CEO would never realistically say out loud. 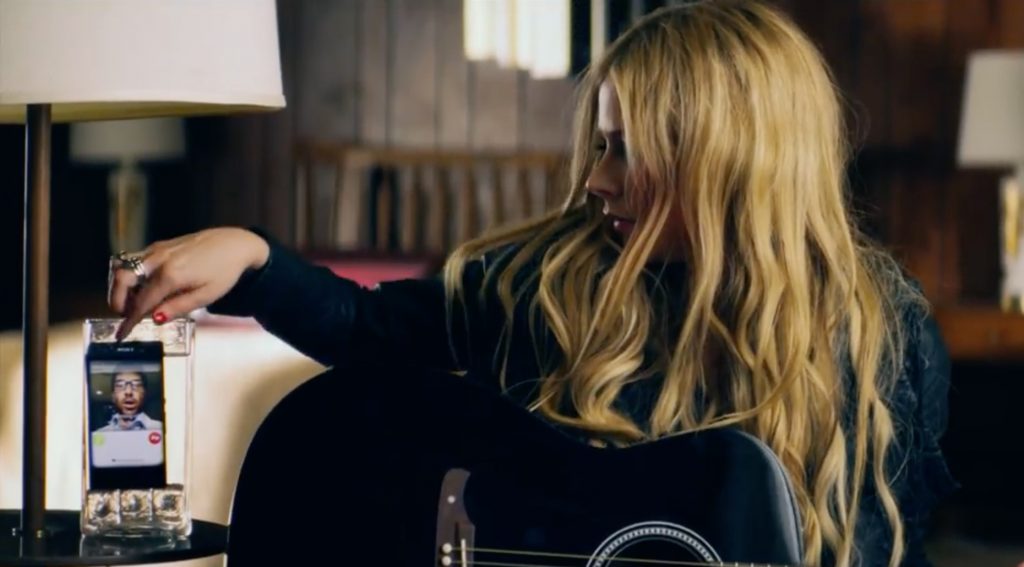 The off-putting thing about each of these examples is that it feels like the video takes the viewer for an idiot. Do they think we don’t notice these? Are we supposed to appreciate them or not notice them? The music video is already promoting the idea that the artist is cool and sexy, but when the artifice becomes too apparent, the entire illusion cracks. It’s like the uncanny valley of sincerity.

Some artists have found ways to incorporate products without seeming like they’re “selling out.” Katy Perry’s videos generally have product placement, but because the execution is non-invasive and self-aware, like “Last Friday Night (TGIF)” where Just Dance is part of the video’s narrative, it’s more forgivable.

Another example: OK Go have become known for their quirky conceptual videos perhaps even more so than the music itself, yet their most recent video, “The One Moment” was defined by a brand partnership. The video combined slow-motion with stunts like exploding balloons filled with colorful paint and was apparently funded by Morton Salt, a sponsorship not evident until the very end of the video (although each of the band’s social media posts for the video included a link to Morton Salt’s page). The fact that the integration was acknowledged in a straightforward and unobtrusive manner makes the product placement far more natural and understandable to a viewer. Rather than feeling tricked, the transparency leads the viewer to view both the brand and the artist respectfully, like: “oh, well that explains how they got the money for this” as opposed to “man, the product placement in that video was so obnoxious.”

Bottom line: product placement in music videos is simply a reality of the modern music industry. To pretend that these are not commercial entities, regardless of their artistic merit, is foolish. For artists, the best way to navigate product placement is to be upfront about it and not pretend you’re getting one over on the audience — otherwise they begin to wonder what else you’re tricking them about.

12 Key Terms To Look For In Your Music License