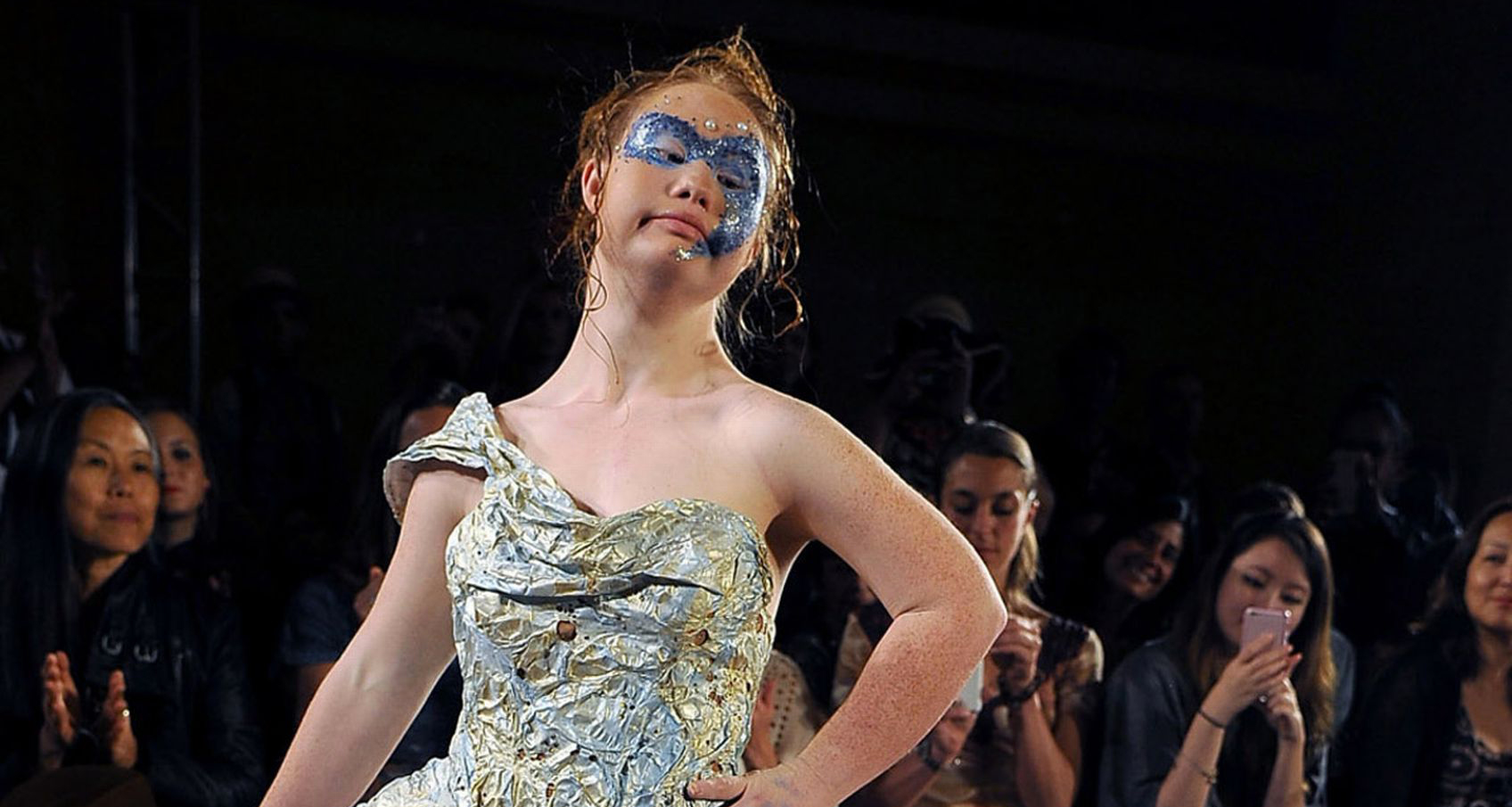 A wave of change has washed over the fashion and ad industry in the last couple of years. In 2014, Winnie Harlow, born with a chronic skin condition called vitiligo, placed sixth on Cycle 21 of America’s Next Top Model. Within a year, she has become the most famous model with a skin disorder in the world. Next to her stand popular atypical models such as skeleton-tatted, Rick Genest, plus-size beauty, Ashley Graham and Shaun Ross, fashion’s first albino male supermodel. Opening up the summer issue of GQ to find a tattooed skeleton-faced model staring back at you may seem odd, but what is really intriguing is the recent desire for models with Down syndrome.

Jamie Brewer Is a Queen

Whether it’s a PR stunt or rather a desire to actually represent life in its diversity, this dynamic could normalize differences in a world where aesthetic is everything and the Kardashians are considered goddesses.

At New York Fashion Week in Winter 2015, American Horror Story actress, Jamie Brewer, became the first person with Down syndrome to rock it hard down the runway. Last fall, an 18 year old Australian model with Down syndrome named Madeline Stuart, followed in Brewer’s footsteps for the NYC Fashion Week, representing FTL MODA. This brand has brought the fashion world to disabled models with missing limbs, some in wheelchairs and others on crutches. Watching Madeline walk up and down the runway, past dozens of random (mostly gorgeous) done-up faces, you don’t see the typical runway strut, but what you do see is a confident young woman, proud of making it as far as she has despite her genetic difference. The pompous crowd goes crazy with wide smiles and high fives and you can see the walls of elitist, bullshit society breaking down.

This dynamic could normalize differences in a world where aesthetic is everything and the Kardashians are considered goddesses.

Changing the Face of Beauty: Breaking Down Walls for Atypical Models

People born with an extra chromosome 21 are forcing us to see a different side of beauty through advertising as well. Changing the Face of Beauty is an American NPO which has worked with over 100 large companies (Gap, Target, etc.) to include children with disabilities in their advertisements. In 2013, 10 month old Valentina, who has Down syndrome, was the star of DC Kids Swimwear campaign. Quebec mogul Véronique Cloutier used a 5 year old Down syndrome boy to promote her clothing line at l’Aubainerie in 2015.

Recently, CFB launched the #imgoingbacktoschooltoo social media campaign in which several children with developmental disabilities helped to recreate the classic back-2-school photo we are all used to seeing every fall : kids in bright colored clothes chatting at their desks and throwing paper airplanes across the classroom. This project perfectly embodies CFB’s goal of equal representation, ultimately hoping to push social boundaries.

The truth is, we don’t need a sixth Kardashian sister gracing the pages of magazines and runways all over the world, when we have so many beautiful, atypical models waiting for their shot. We can only hope that models like Jamie Brewer and Madeline Stuart will pave the way for many more atypical people to step into the spotlight and feel empowered by their appearance rather than ashamed of it. This is a step towards diversifying not only the fashion industry, but mainstream media as a whole, and it’s about fucking time.

Could These Be The Worst Ad Songs Ever?