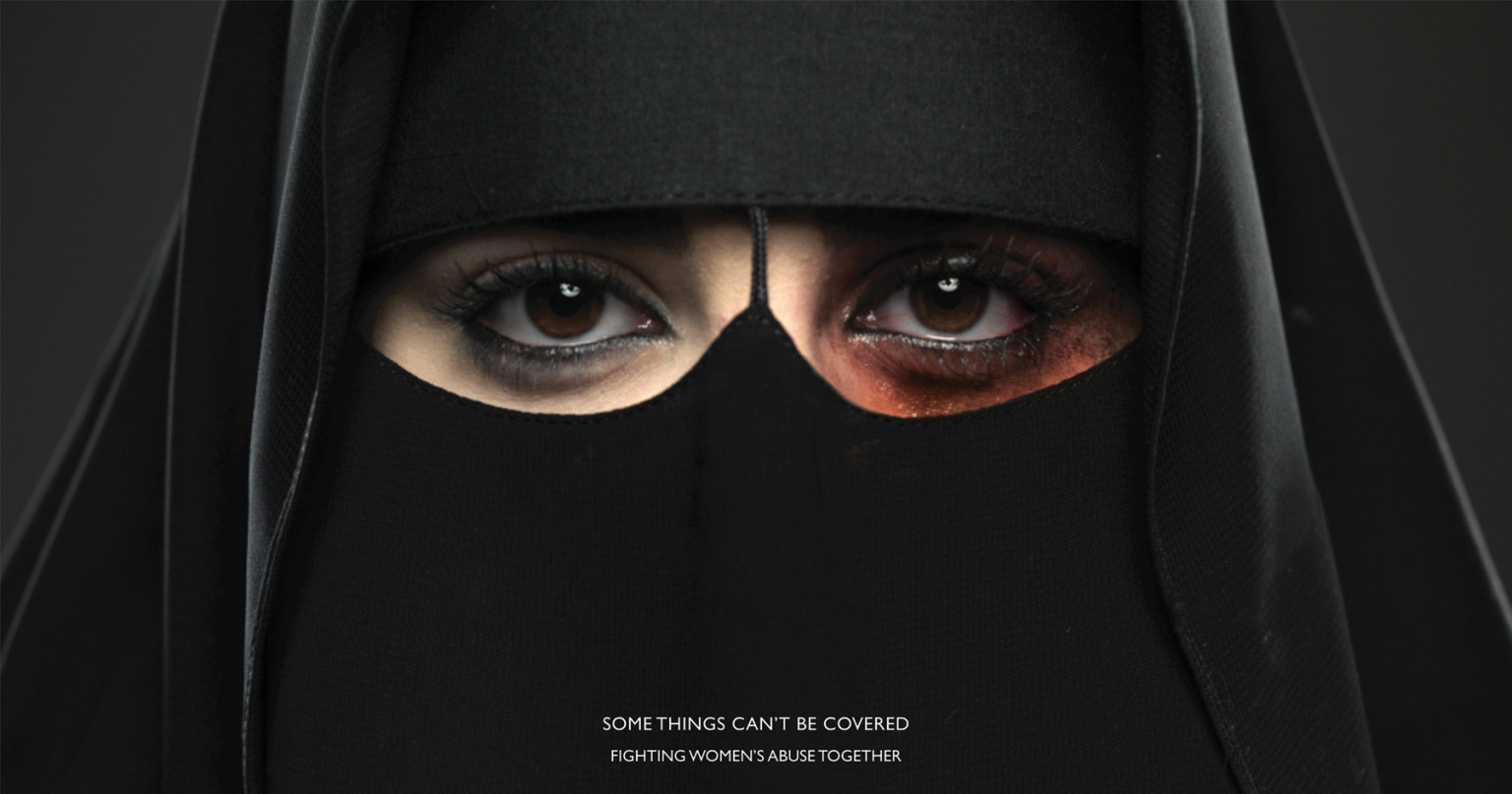 Sex may sell in the west, but advertising is a whole different game in the Muslim world. Agencies in the conservative Middle East have to get pretty imaginative to produce great work in the face of strict rules and restrictions, and not just when it comes to nudity. All ads, including logos, need to be adapted to the Arabic language (recognize any of these global brands?) as well as local, cultural and religious values. So how do creatives walk the tightrope of Islamic advertising without having the ubiquitous bikini shot to fall back on?

Here’s a look at some of the best ads to come out of the Middle East that most Westerners never got to see.

Monkeys with a one track mind

How do you talk about sexuality when you can’t show it? Make an ad starring monkeys! This salacious spot by Egypt-based agency Kairo is for Freska Wafer. If the chimp drooling over the latest edition of ‘Playape’ doesn’t pull you in, wait till you see the orangutan crime boss.

This ad from Tonic International Dubai shows a sense of humour about Islamic observance. It’s for Nando’s spicy chicken, and it shows a man who can barely wait for the sun to go down during Ramadan so he can eat. We feel his pain.

Change is an international lingerie and swimwear brand. To mark its launch in Saudi Arabia, Ogilvy Jeddah smartly used the brand’s name to play on the stereotype of censorship and encourage a change in the region’s ultra-conservative views on showing skin. See the full G-rated campaign here. 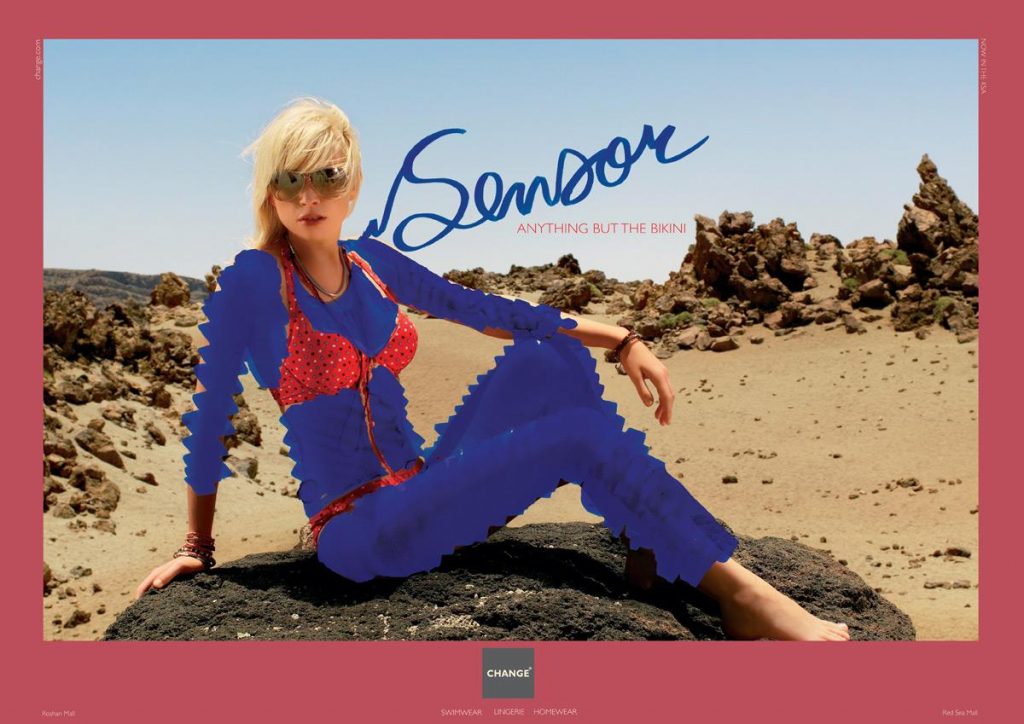 The Dawn is Pakistan’s largest English-language newspaper. To draw attention to the paper’s fundraising for victims of flooding in poorer parts of the country, agency IAL Saatchi & Saatchi came up with the idea to deliver soaking wet copies to upper class subscribers in a stunt they couldn’t ignore. 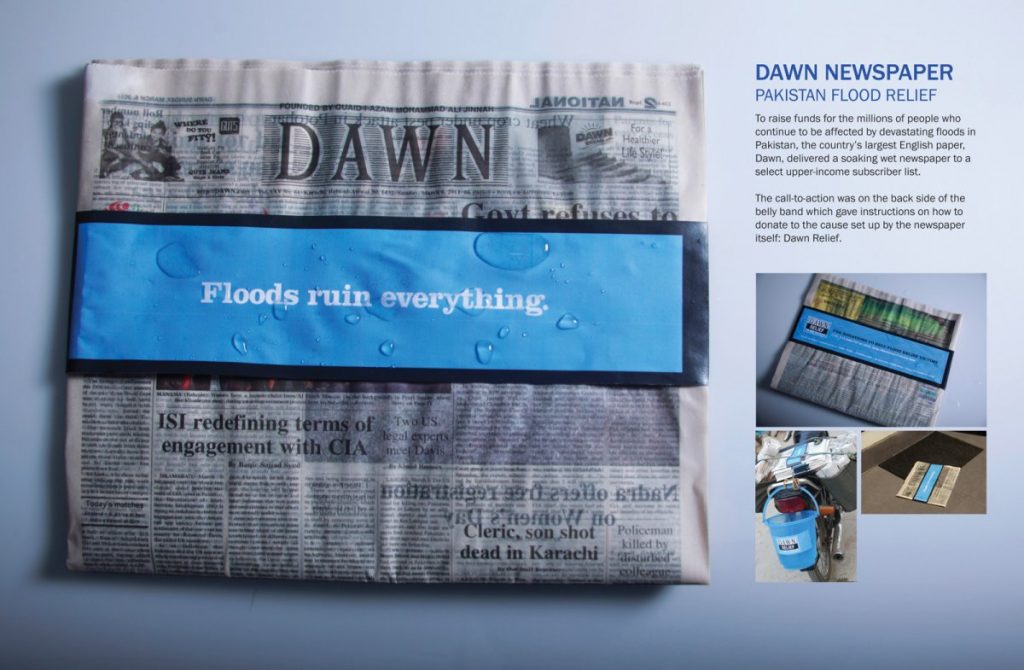 Some things can’t be covered

Philanthropy is a common theme in Islamic advertising. This striking ad by Memac Ogilvy marked Saudi Arabia’s first major campaign condemning violence against women. Made for the King Khalid Foundation, it shows a Muslim woman wearing a niqab and an obvious black eye. The veil doesn’t just hide domestic abuse, but also represents the social veil behind which a lot of the country’s social issues hide. 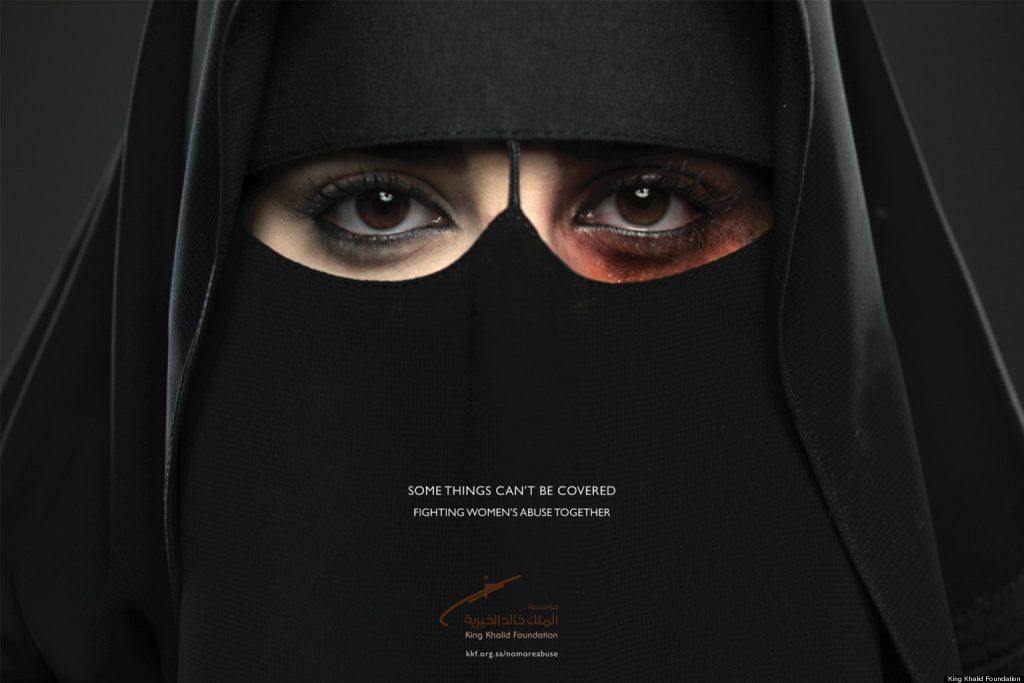