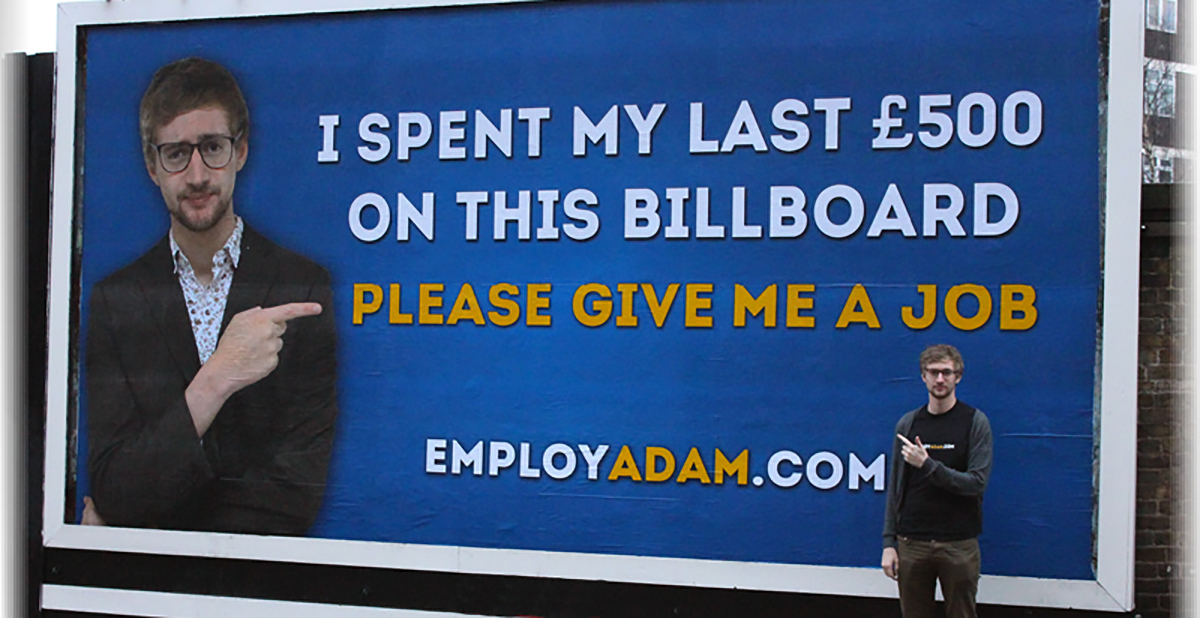 Scoring a great agency gig is a competitive game, even when you have a killer portfolio. So how can young talent give themselves an edge and get a foot in the elusive agency door? These savvy jobseekers went all in with one-of-a-kind resumés that landed them more than a second look.

In a bold and risky move to stand out, Melbourne-based creative team Andrew Grinter and Lee Spencer-Michaelsen purchased the .com names of the top creative directors in their city. They then sent them mysterious notes driving to their websites, which the pair had taken over with digital ransom notes. Their demands? Simple. Set up an interview or the site gets it. And it worked! They snagged interviews with no less than seven CDs, who they met wearing kidnapper balaclavas. The evil genius duo now works at DT Digital/Ogilvy.

Spend your last £500 on a billboard

Adam Pacitti graduated in 2012 with a first class degree in media production. But after sending out over 250 job applications in his native Britain, he was still unemployed. So, in a stroke of genius, he rented a billboard and created a viral social campaign around it. Success at last! The Employ Adam campaign landed him 60 solid job offers and media coverage around the globe. He even rented out another billboard with his first paycheque to say thank you to everyone who helped him, nice bloke that he is. 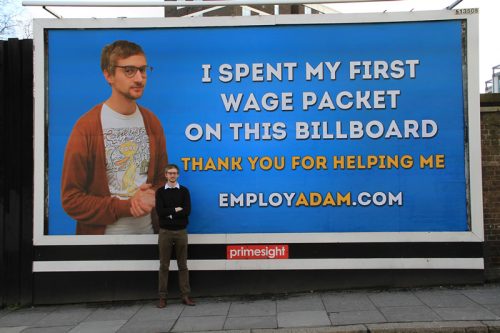 French art director Victor Petit felt a standard CV wasn’t enough to score him a sought-after internship. So he printed a photo of his face on the back of his resumé, with a QR code in place of his mouth. When prospective employers scanned it, they were driven to a YouTube video featuring a closeup of Victor’s face as he spoke about his experience, transforming his paper CV into a talking one and letting his talent speak for itself.

Shamelessly use your supermodel girlfriend

In a bid to get London shops to notice him, copywriter Miguel Durao made a homemade self-promo video showcasing his supermodel better half, Erika. The payoff at the end is brilliant, when he reveals the most important thing about himself by telling us all about his girlfriend. Off the back of the video, Miguel landed interviews, freelance gigs and full time job offers from big name agencies around the world. Nice work that man!

If you can’t impress employers the conventional way, you can always try getting them drunk. When Canadian graphic designer Brennan Gleason was on the hunt for new gigs, he decided to combine his design skills with his love of home brewing. Instead of a traditional CV, he sent potential employers and clients a four-pack of home-brewed ale with his experience and contact info printed on the bottles and packaging. Apparently beer goggles are a real thing; Brennan is now gainfully employed as a designer at Domain7 in Vancouver. 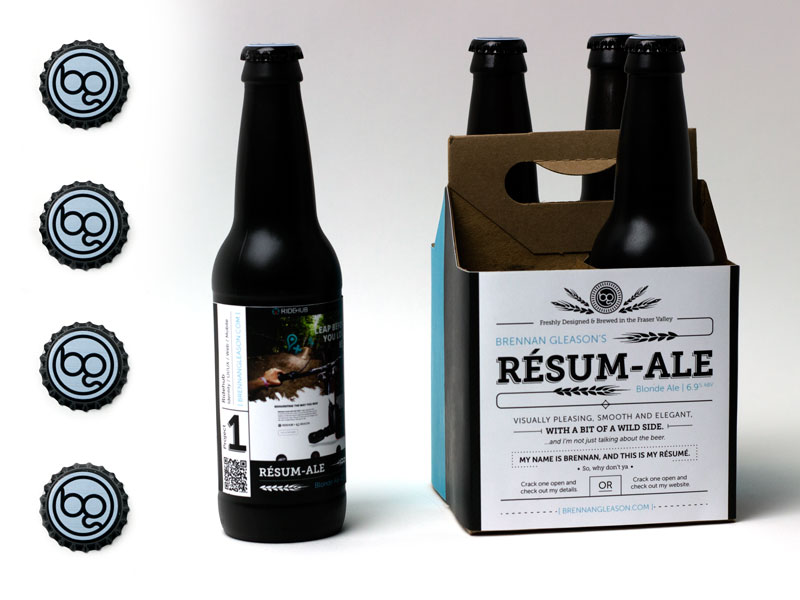