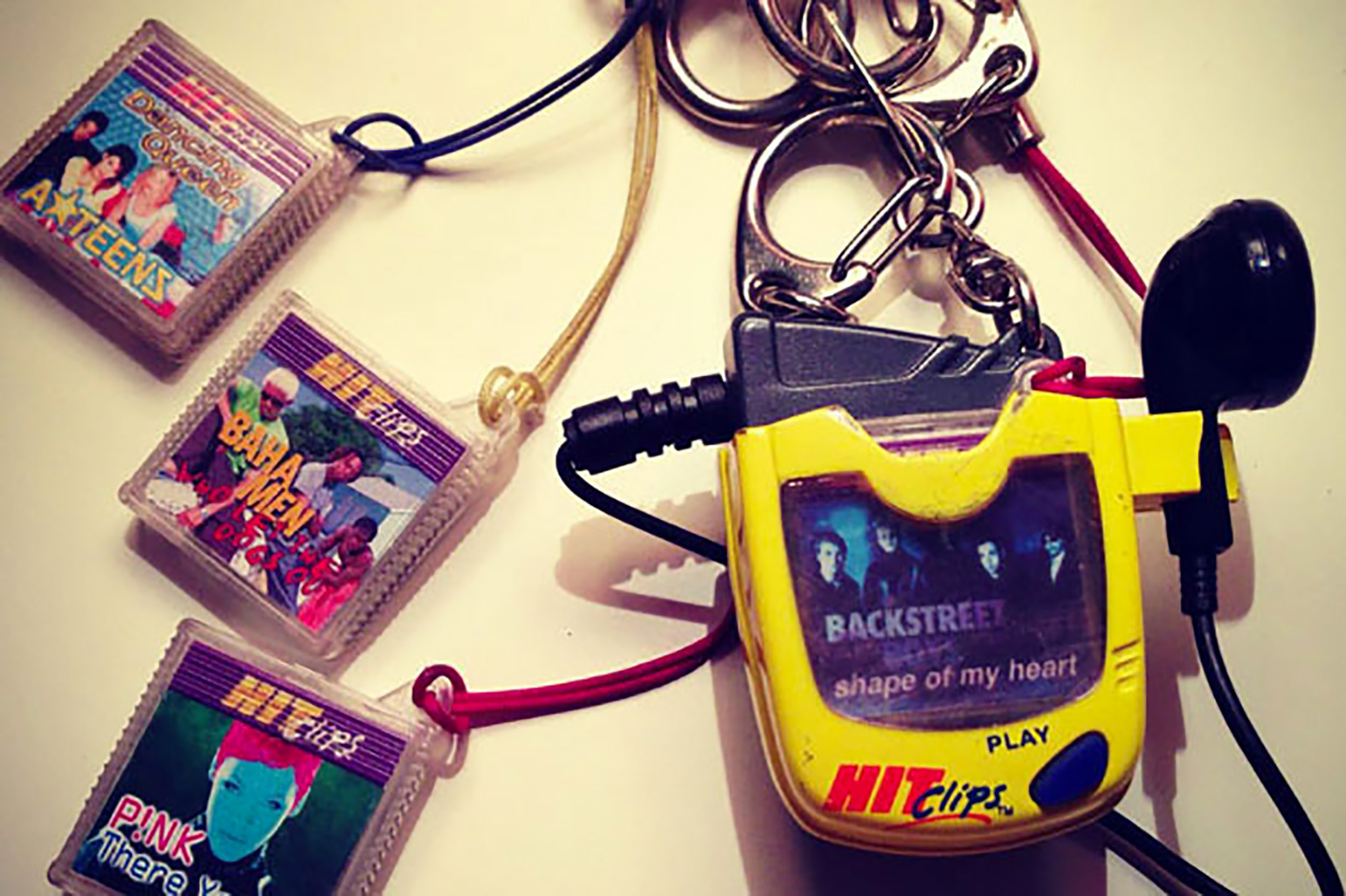 If you were born in the 90s, while you were trading Charmander for some better Pokemon cards (if that’s even possible), the world was discovering HitClips. It was in 1999, and Sony had just sold its 120 millions cassette tape Walkman.

From Avril Lavigne to the Backstreet Boys

HitClips is an audio player in which you would insert small digital chips housed in plastic dongle-style thingies. It played one minute, ultra low-fi, mono snippets of the pop songs of the time. Hits we could all relate to like Avril Lavigne’s Complicated, Backstreet Boys’s I Want It That Way and NSYNC’s Bye, Bye, Bye.

HitClips creator, Tiger Electronics, teamed up with prominent labels like Atlantic Records, Jive Records, Zomba Label Group, and Capitol Records, to release HitClips. They sold for about four dollars or were given away through various high profile retail partnerships. The record companies wanted to sell albums, which HitClips didn’t provide. So kids would ask their parents for HitClips players and collect as many clips as possible from their McDonalds Happy Meals and Lunchables but at the end of the line, they would beg their parents to buy them the full CD. This strategy, effective as it was manipulative made Tiger Electronics more than 80 million dollars between 1999 and 2002.

Tiger Electronics made more than 80 million dollars between 1999 and 2002 with HitClips.

The Rise and the Fall

HitClips transformed music into a competitive game for the masses. Kids were attaching them to backpacks, using them as keychains and trading them with their friends during recess. Toys “R” Us even jumped in the mix offering colourful variations of the simple player and a mini HitClip Boombox. In 2003, Tiger Electronics launched a minidisc version of HitClips, which was a failure due to the growing popularity of these fancy new files called mp3s. With the growing popularity of Apple’s iPod, it was only a matter of time before HitClips would eventually go obsolete, as they did.

HitClips, this 80 million dollar bleep in the music industry, came at the perfect time, when music needed a new device to reach the younger demographic. Before Spotify, Tidal, iPods and Neil Young’s Pono player that we all know and love (not), there was HitClips, combining style and marketing into a complete irrestitable package (until Steve showed them how it’s really done).

Differentiating a Business with Signage Madness